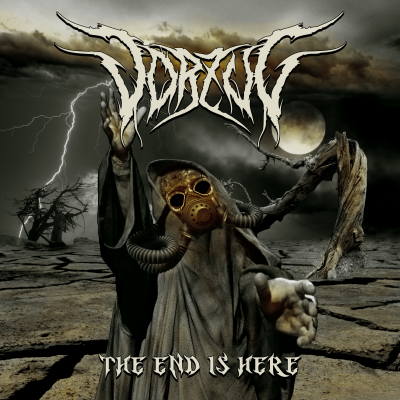 The drum tracking has already been completed. The guitars go in to Sound Vision and record within the next few weeks. I already have the drum tracking and I’m in the process of writing/recording my parts. Its 8 songs in all.

I like how the writing is going so far. Sergio’s songs have a black metal vibe and Jayre’s has more of a death metal feel. Daniel did a nice job on his drum parts as well. Its been a few years since I’ve done a metal recording (Vorzug and Ex-Angel in 2017) so that recording studio I have will get put to good use again.

I will post more updates on Vorzug’s progress when we git er done..

I now give to you, my debut as an ACTOR?

I had an amazingly fun time with the band, cast and crew filming this last March.
Huge thanks to Steve Harris​ for thinking of me when casting this. And to The Day of the Beast.

Blade Braxton​ You left a huge impression on me the one day we had together during filming.
RIP brother… This one’s for you.. 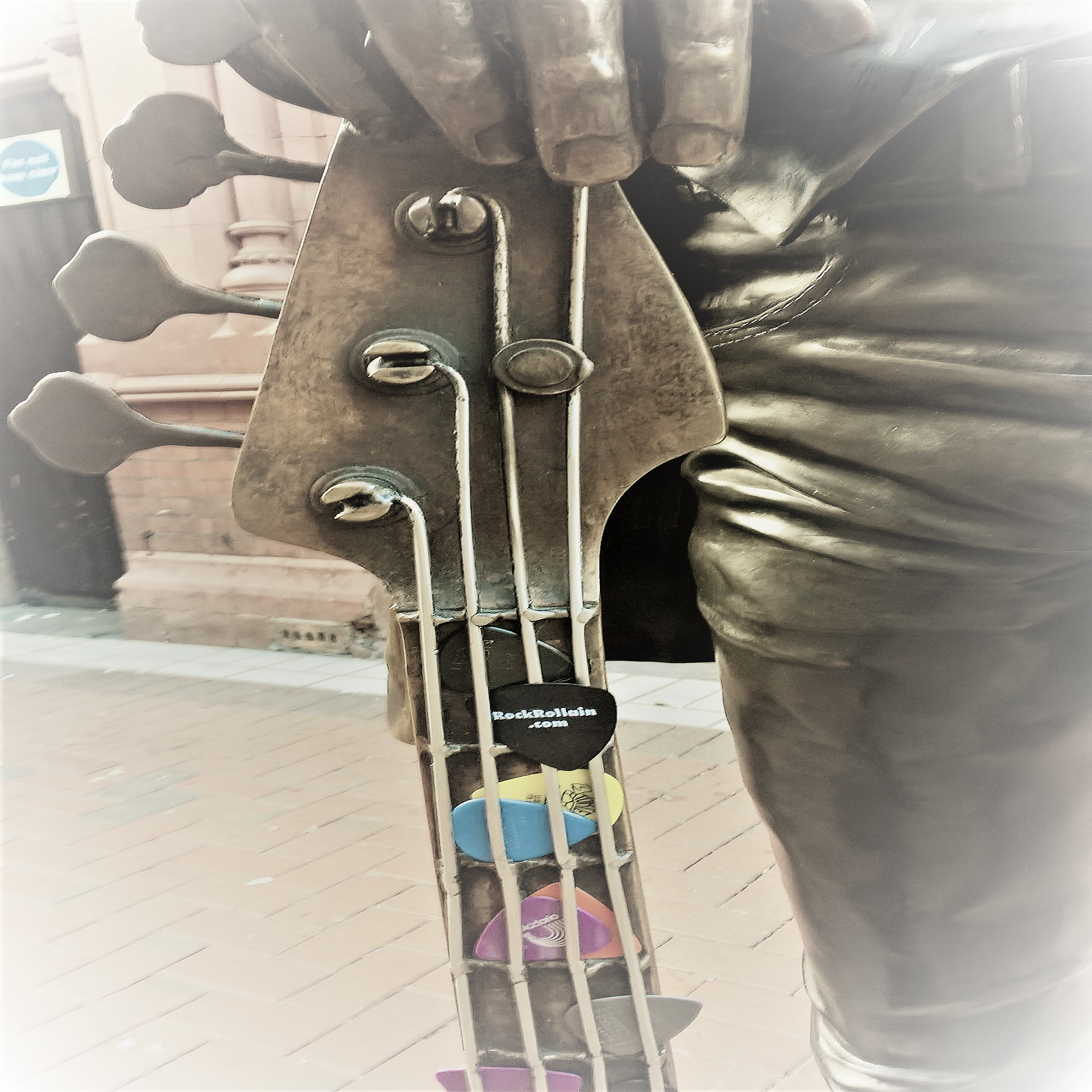 Vorzug is working with Sound Vision again.
The band booked the time and starts recording at the end of this August. Looks like its gonna be five or six songs. I’ll be tracking from the comforts of home here at Leathernail Recording.
AND for the meanwhile…
I’ll be tracking bass for 2 songs to be included on the next BRC cd. I’m not gonna say what songs I’m gonna play until I get the tracking done. That will happen by the end of July.

It’s great to have a studio at home for this.

Today is the day. Buffalo Rock City is here. I’m glad I was able to be a part of this amazing recording. I’m bass guitar on two songs :

“I’ve Had enough (Into the Fire)” from the “Animalize” album, with Gene Schmidt on guitar, Jody Veletta from Dodriver on vocals and Shawn Pryzbylak on drums.

And I’m also on the Bonus Track, featuring co-writer Mitch Weissman on vocals. “While The City Sleeps” originally appeared on KISS’ release, “Animalize.” This is the first time a KISS co-writer re-recorded a new studio version of a KISS song that he wrote with the band. Also with Gene Schmidt on guitar and Shawn Pryzbyzak on drums.

Aside from the purpose of creating a great sounding CD of cohesive KISS covers, “Buffalo Rock City” was also done with another goal in mind. That goal is to raise money and awareness for the homeless community in Western New York. Producer, John Jeffrey, has aligned himself, and the album, with the Compass House Foundation. Located in Buffalo, NY, Compass House is a homeless shelter, which runs not only an emergency shelter, but operates a resource center, a rapid re-housing program and a transitional housing program, with their mission being to provide runaway, homeless and street youth with safe shelter and services, in an environment that supports dignity, respect and self-reliance. Proceeds of the sales of “Buffalo Rock City” will be donated to the Compass House Foundation.https://www.compasshouse.org/

“Buffalo Rock City” contains 13 songs (12 tracks and a bonus *collector’s track*), all of which were recorded in the same approach, like a singular “band” recording an album. All of the drums and bed tracks were recorded at Watchmen Studios in Lockport, NY (engineered by Doug White) on January 23, 2020. The rest of the tracks were recorded locally and remotely – from all across the world – all building upon the same sonic foundation, to ensure “Buffalo Rock City” sounded like a complete “album” of work. And it does!!!!

To add to to authenticity of this project, “Buffalo Rock City” was mastered by Jay Messina. Anyone who knows the KISS recording history lore, knows Messina’s connection with KISS goes back to 1976, as he engineered and mixed the band’s breakout album “Destroyer.” Messina, once again engineered and mixed the band’s 1979 release, “Dynasty” and co-mixed KISS’ next record, “Unmasked” (1980). Jay Messina, who arguably knows more than anyone, what a KISS album should sound like, did an amazing job in the mastering process of “Buffalo Rock City.”

The album features the “best of the best” musicians from Western New York, as not only does the album include the East Coast premier, award winning tribute band, KISS THIS! (founded by “Buffalo Rock City” producer John Jeffrey), but also includes great artists such as DoDriver, an all original act, who were handpicked by Doc McGhee and the members of KISS, to open for KISS on the Sonic Boom tour at Darien Lake on August 13, 2010.

I’m honored to be on this recording. All the proceeds will go to The Compass House Shelter & Resource Center for Runaway and Homeless Youth in my hometown of Buffalo NY. I’m playing two songs on the recording: I’ve Had Enough (Into the Fire) and I’ll announce the other song I play on December 15th.

Feel free to check out the official press releases below.

It would be remiss not mention that album was mastered by KISS studio legend Jay Messina. Messina has been working with KISS since 1976, engineering and mixing the band’s breakout album “Destroyer.” He also engineered and mixed 1979’s “Dynasty” and co-mixed the next album, “Unmasked” (1980).

Please don’t forget that the record’s proceeds are geared to help the Compass House foundation, a charitable organization which helps the homeless youth in Buffalo, New York. Located directly in Buffalo, NY, its mission is to provide runaway, homeless and street youth with safe shelter and services, in an environment that supports dignity, respect and self-reliance.

The album will be available for physical CD release and digital downloads, which is available for pre-order at: https://buffalorockcity.bandcamp.com/releases 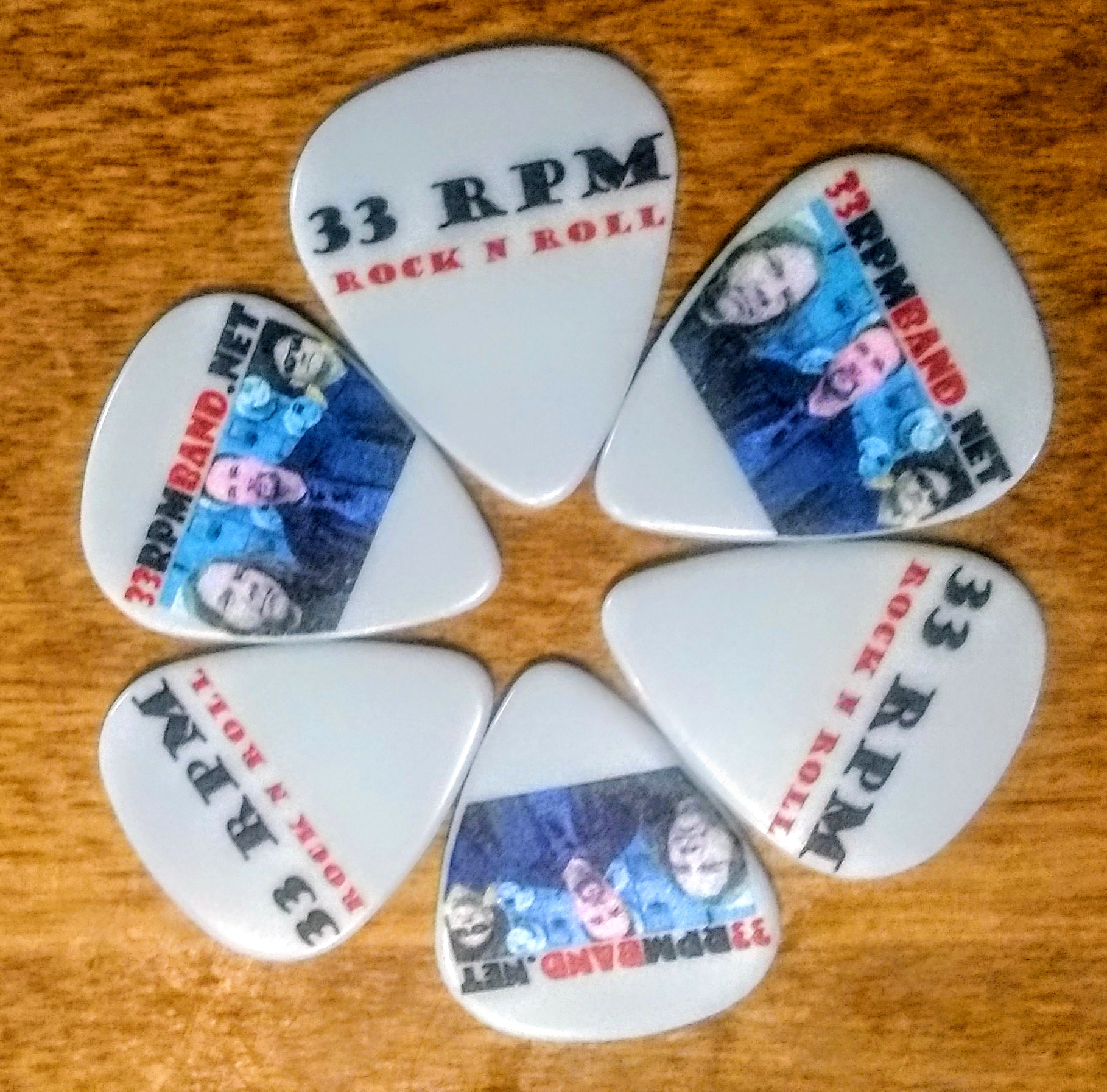 Friday September 20th 33RPM will be at Players in Marriotsville MD.

Saturday September 21 33RPM will be at BJs on the Water in Ocean City MD.

Another fun weekend for sure. 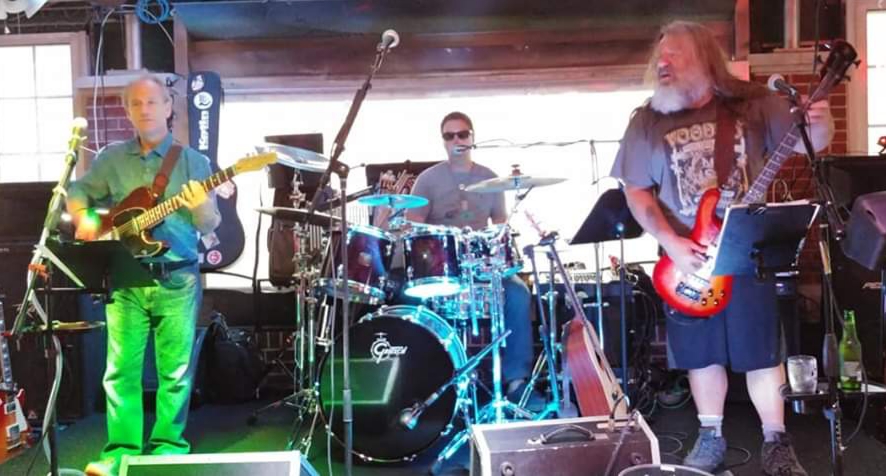 It’s a busy weekend for the band with a gig on Friday and two gigs on Saturday. It’s almost like were on an actual tour. Haha.

First off Beach Barrels on Friday. It’s been a couple of months since we played there. So we are looking forward to returning. It’s that local bar we love.

Now on Saturday we will debut at The Jungle Bar 4pm to 7pm.

I’ve been told it’s a really cool place so I’m looking forward to playing outside near the water.

And we finish off the night at Bourbon Street at 8pm to 11pm. And I tell ya Barry will take care of you. He delivered a baby at the bar a couple weeks ago So…..We call him The Doctor now. And we are gonna call out The Doctor to play a couple of songs with us. 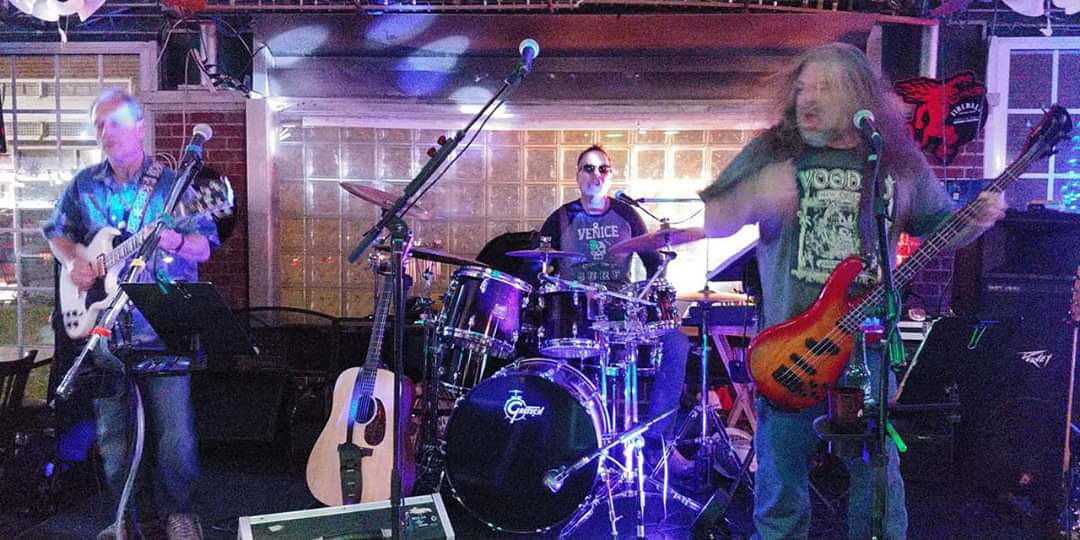 Summer is right around the corner and no better time for a gig at Players.

The band has been here many a times and do we ever get sick of Players?

As usual , we may have a few guest musicians onstage with us. You just never know who that will be.

And June 7th is one very special day in music history. Can you believe

Dean Martin, Tom Jones and Prince all have the same birthday?

It all kind of makes sense now. 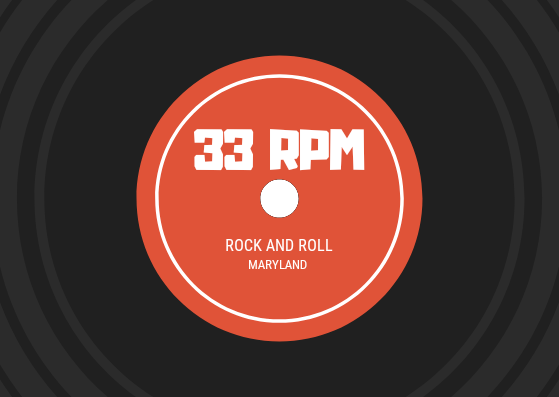 May 4th is my favorite day to have a gig. Wanna know why? My first gig ever was on May 4 1988 at the River Rock Cafe in Buffalo New York with the band Phantom. Anybody out there remember that group?

It’s hard to believe it’s been 31 years since that day. I’ll be playing the same Squier bass that I played on that night way back in 88.

And another reason to like the day is because it’s the bands debut at the Original Green Turtle in Ocean City!

May the fourth be with you. 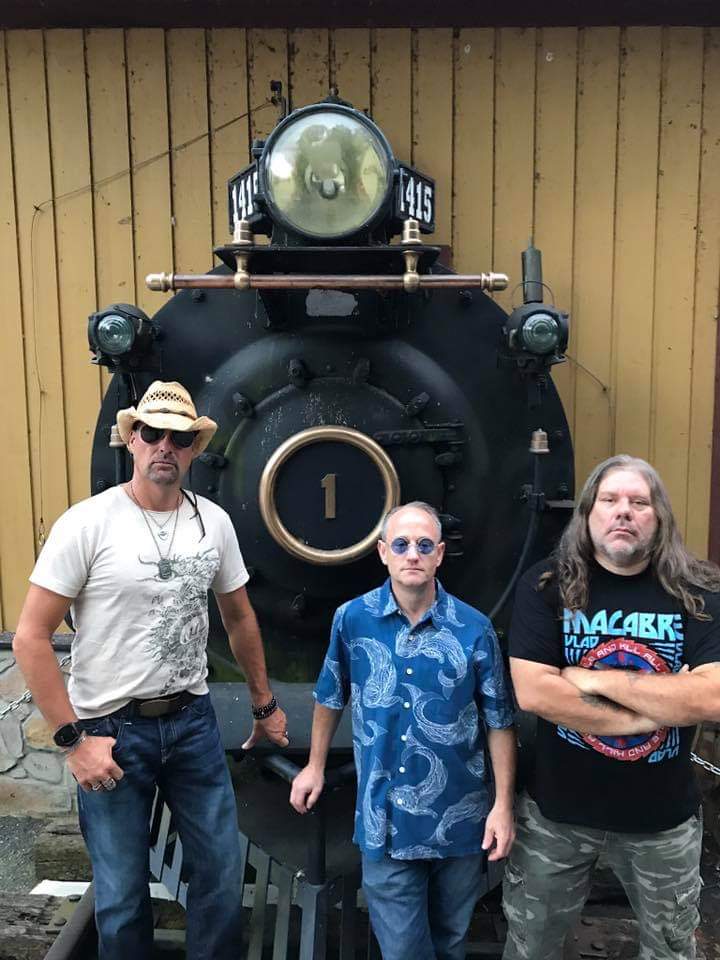 It’s been a while since we rocked out at the Woodstock Inn. It will be a pleasure to be back there. Hopefully the locals missed us and we’ll have a strong showing. The band always does well at the place by the railroad tracks.

Were gonna play some James Brown.